On the 14th of September the Malta Netball Association organised an event consisting of non-players and elite players to introduce new individuals to netball and experience the sport for the first time. This activity was a part of the Mellieha Sports Club 75th Anniversary and along with SportMalta and #BeActive this event was possible to attract many individuals. The Mellieha female team was made up of various ages, including players that play in the Open Senior Team and also the U21 Team. It was a great and successful event to get players of all ages involved and #Beactive.

To view more events during the European Week of Sport and motivate yourself to #BeActive visit our calendar link to see all the upcoming events https://sportmalta.mt/events/ewos-home/ewos-calendar/ 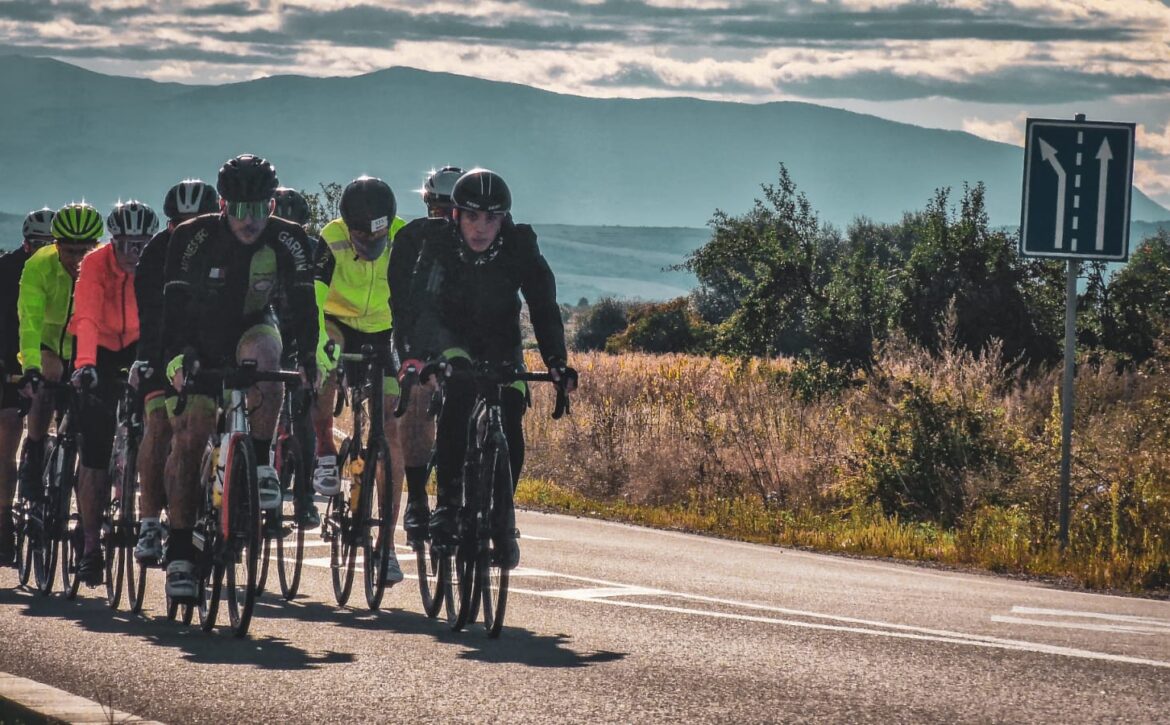 Agones SFC is part of the Youth Tri for Wellbeing and Healthy Lifestyle youth exchange organised by Tri Team Sofia. From the 16th of September Agones SFC took part in a youth exchange Erasmus+ programme, held in Bulgaria.

The two organizations’ objectives are to advance triathlon as a sport and, via the sharing of best practices and expertise, to advance accessibility, program creation, and promotion of the sport. This allowed all athletes to get a unique feel of the sport internationally and #BeActive with foreign athletes. You can view various events happening during the next few weeks on our European Week of Sport calendar which you can access through the link below: 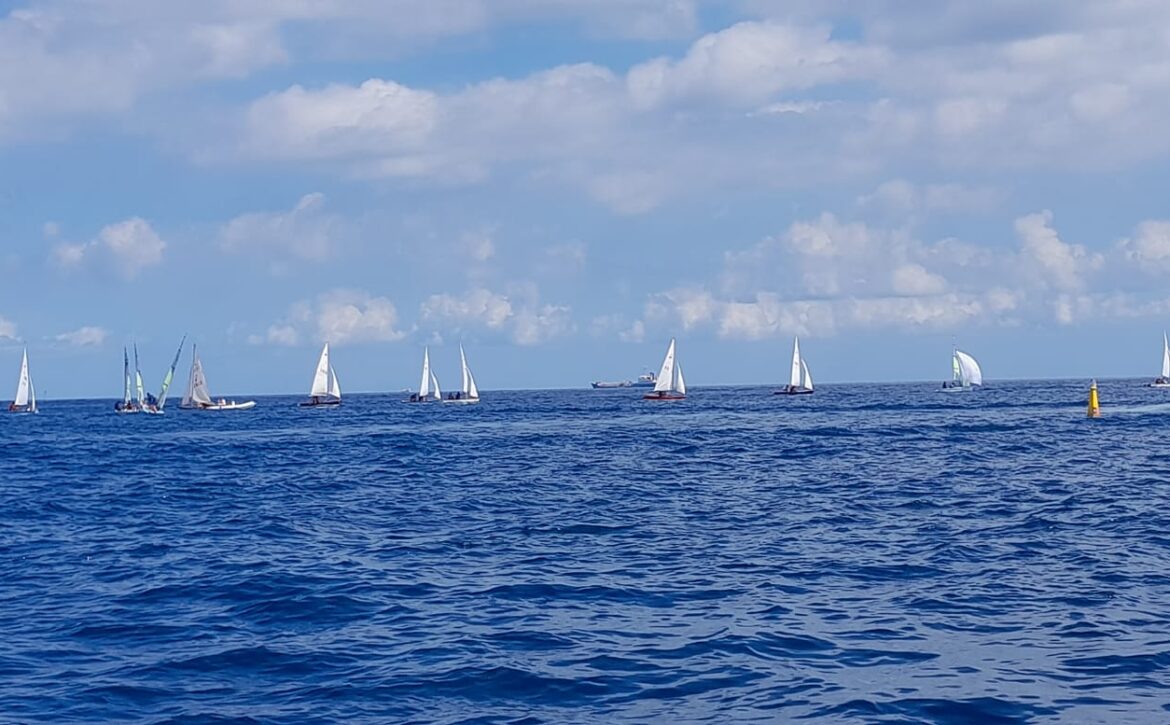 On the 21st of September the Birzebbuga Sailing Club Freeport organised a Double Handed event which hosted 16 boats participating in 2 passage races from Marsaxlokk Bay to Hofriet Bay and back. Participants where of different ages and promoted inclusion in the sport of Sailing.

The association would like to thank all helpers to coordinated and supported the event and pushed forwards the importance of #BeActive to celebrate a healthy lifestyle during the European Week of Sport. To view more events happening throughout the next few weeks in which you can be a part of, visit the link below and #BeActive.  https://sportmalta.mt/events/ewos-home/ewos-calendar/ 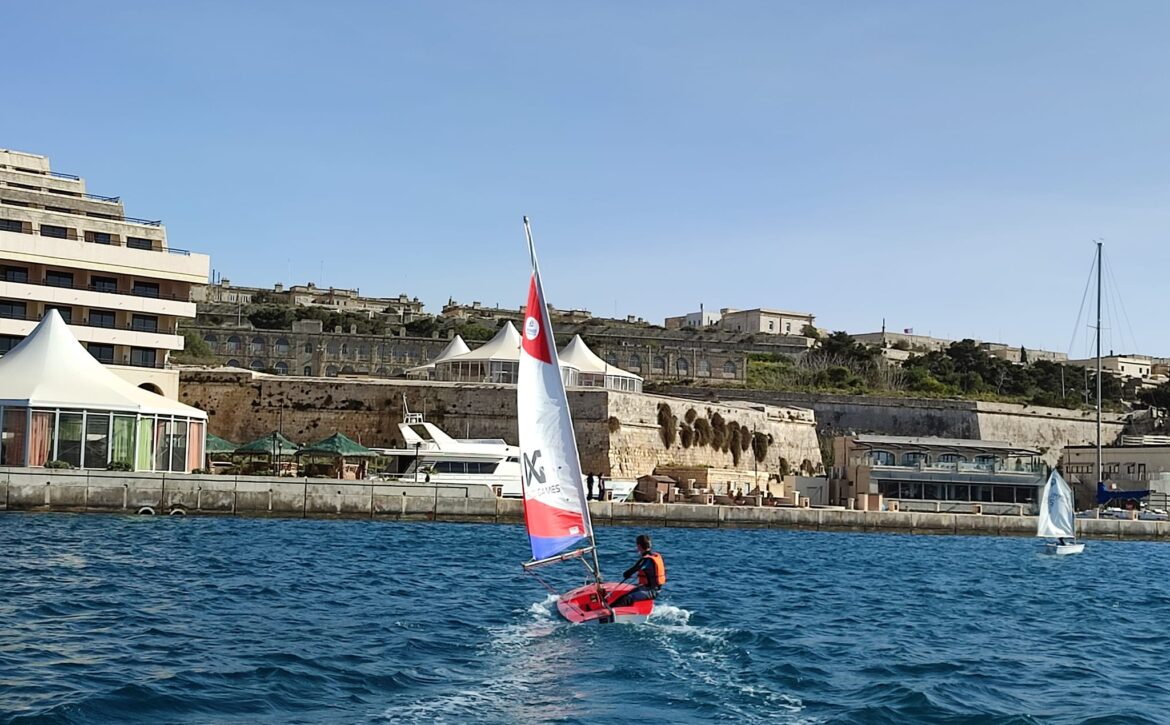 Vikings Sailing Club organised an event on the 25th of September 2022 to introduce new individuals to the sport of Sailing. They organised fun activities so that people learn more about possible sailing courses and get a taster session by having one of the coaches or experienced volunteers that took individuals for a sail around Marsamxett harbour to feel the rush that sailing brings.

Initiatives like this help to introduce different sports which people of different ages can try out and enjoy. The event took place at the Floriana Sailing Xatt it-Tiben and saw a good number of individuals attend to try out and learn more while #BeActive.

To view more events happening and be a part of the European Week of Sport, visit the link below and #BeActive.  https://sportmalta.mt/events/ewos-home/ewos-calendar/ 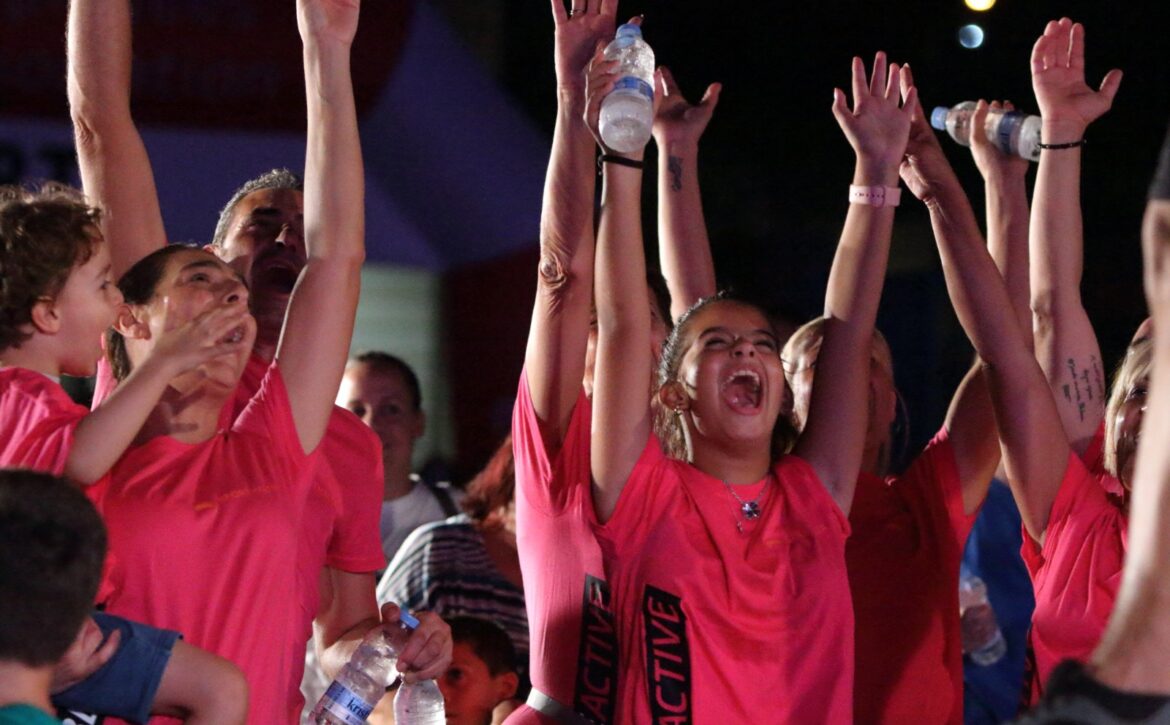 During the past weekend, two big activities took place as part of the European Week of Sport 2022. On Saturday at the Cottonera Sport Complex, the BeActive Night took place, an activity which at the same time was being celebrated within the whole European Union member states and other countries in Europe.

The event had two main themes, inclusivity, and fitness. In fact, Special Olympics were the centre of various activities that were not only carried out by their young members but by others. The sports of bocce, table tennis and football were the most popular. There were also walks from different local Councils to the complex. In fact, the councils of Kalkara, Isla, Birgu and Bormla with the collaboration of SportMalta organized three-kilometre walks for which the locals attended.

In addition, there was a great fitness activity that had a line-up of different sports including Zumba, boogie bounce and capoeira together with exhibitions from various dance schools. A snooker exhibition tournament was also organized by very young children who are part of the SportMalta academy. Then on Sunday the Marsa complex was transformed into a sports village. It was fun for all those who attended to watch and take part in a different sport. This varied from Athletics, skate boarding, basketball 3 vs 3, duathlon, badminton, archery, netball, judo, rugby, kendo, and volleyball. Special Olympics also did various sports for their member children, while the Malta youth football association organized a football tournament throughout the day for both boys and girls. During this month also several other activities are being carried out by various Federations and clubs to encourage the Maltese and Gozitan population to be more active. The next official activities for SportMalta is a 5-kilometre run organized together with the Malta Employees Sport Association which will take place on October 6 at 17:00 and in the second week of October a collective event in Maltese schools and Gozo. 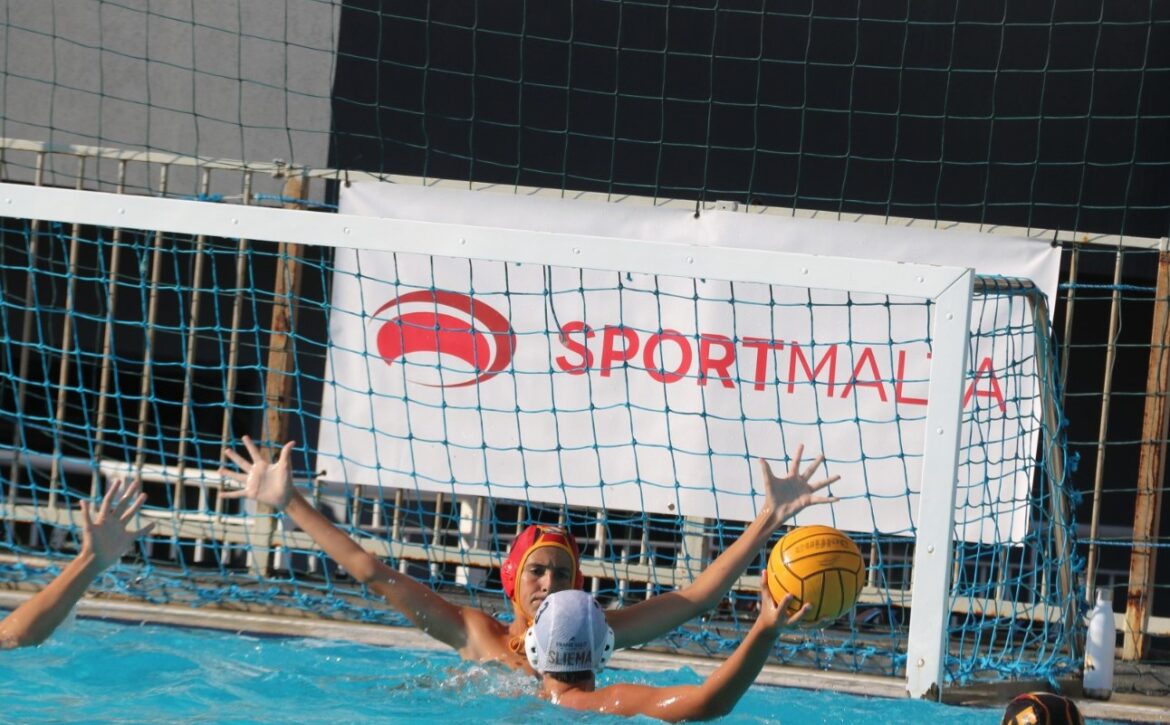 #BeActive – Water polo for a good cause

Birżebbuġa  ASC along with the parents of the youths, from the 12th of September till the 15th of September organised 4 different age group water polo tournaments to help their children get more familiar with the game, #BeActive and while doing sport raise funds for the Community Chest Fund. Taking part where four different teams, Marsascala, Otters, Sliema and St. Julians along with Birzebbugia ASC. It was a great experience for the youths who got to play, enjoy their time, and help out to raise funds for those in need. #BeActive is always aiming to use Sport for more than just doing physical activity.

To view more events happening throughout the next few weeks and be a part, visit the link below and #BeActive.  https://sportmalta.mt/events/ewos-home/ewos-calendar/ 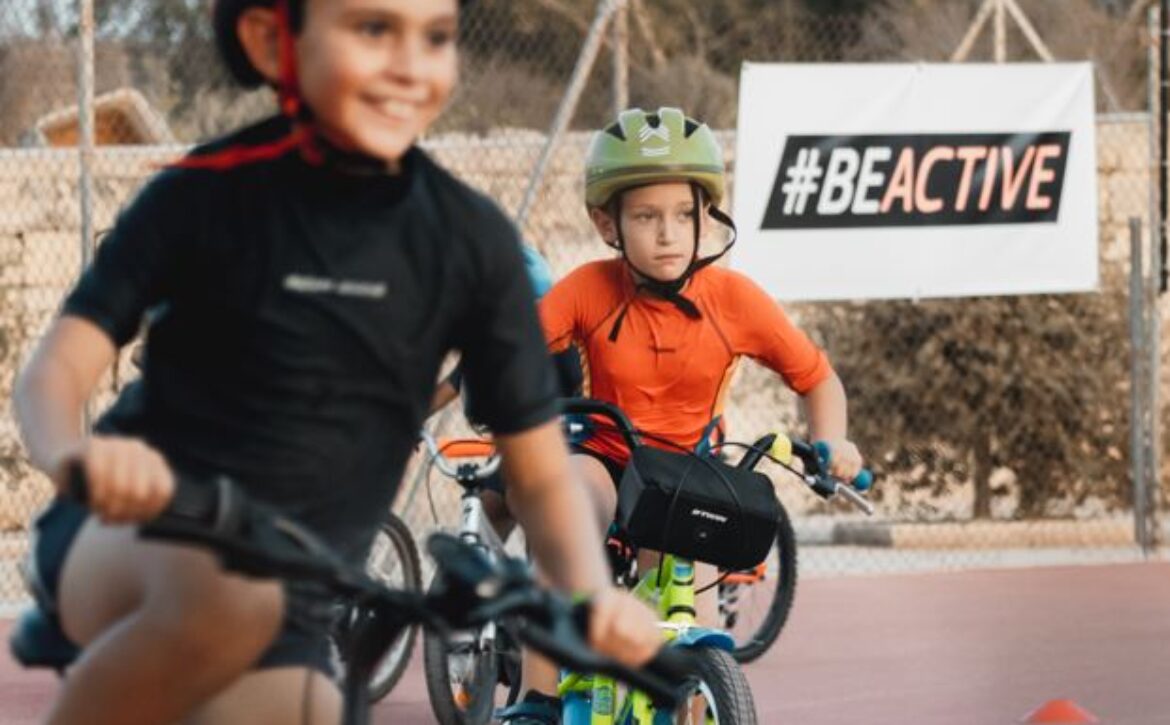 #OnTheMove is back – 19th Edition

#OnTheMove is back for its 19th Edition, the biggest and most popular programme for kids and adults is back in different venues with sessions at different times to fit your routine.

The sessions will begin on the 15th of October and make their way till the 26th of May.  One can take part in various sports and fitness activities, most definitely you will find something that you will like and keep you active!

Sessions are available to all ages from young children to adults tailoring for different levels. With the notion that sport is for everyone, regardless of age or means, #OnTheMove hopes to boost sports activism from a young age.

You can book now and join the fun through https://sportmalta.mt/programmes/online-booking-form/ 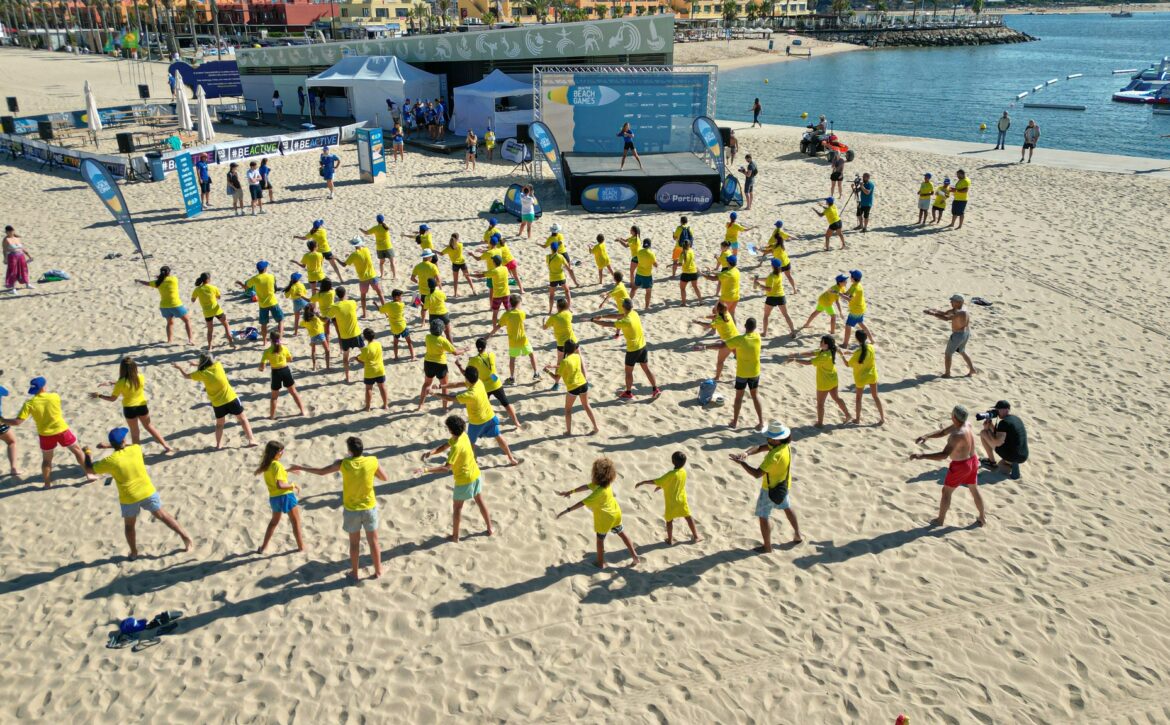 On the 3rd and 4th of September the Casaru family travelled to Portimao, Portugal to take part in the #BeActive Beach Games. This competition was made up of families of two adults and children between the age of 7 and 15. Representing Malta we had Kevin, Michelle, Juan and Matias Casaru. Both Kevin and Michelle train long distance running while Juan and Matias train badminton and swimming. The aim these games are organized is to encourage European residents from all demographic groups to participate in sports and physical outdoor activities on the beach, with a special emphasis on multigenerational families, using beaches and waterside regions as the primary settings. Our ambassadors, family Casaru competed in the European Family Cup, where 12 tasks tested the physical ability, intellect, and sense of teamwork of families from various nations. The games involved where various from SUP Board races to 5k runs and swimming in the beautiful Atlantic Ocean. Overall, Kevin Casaru came 6th male while Michelle Casaru came 5th in the female division. The family gave an amazing performance and truly made everyone proud while having fun and #BeActive. 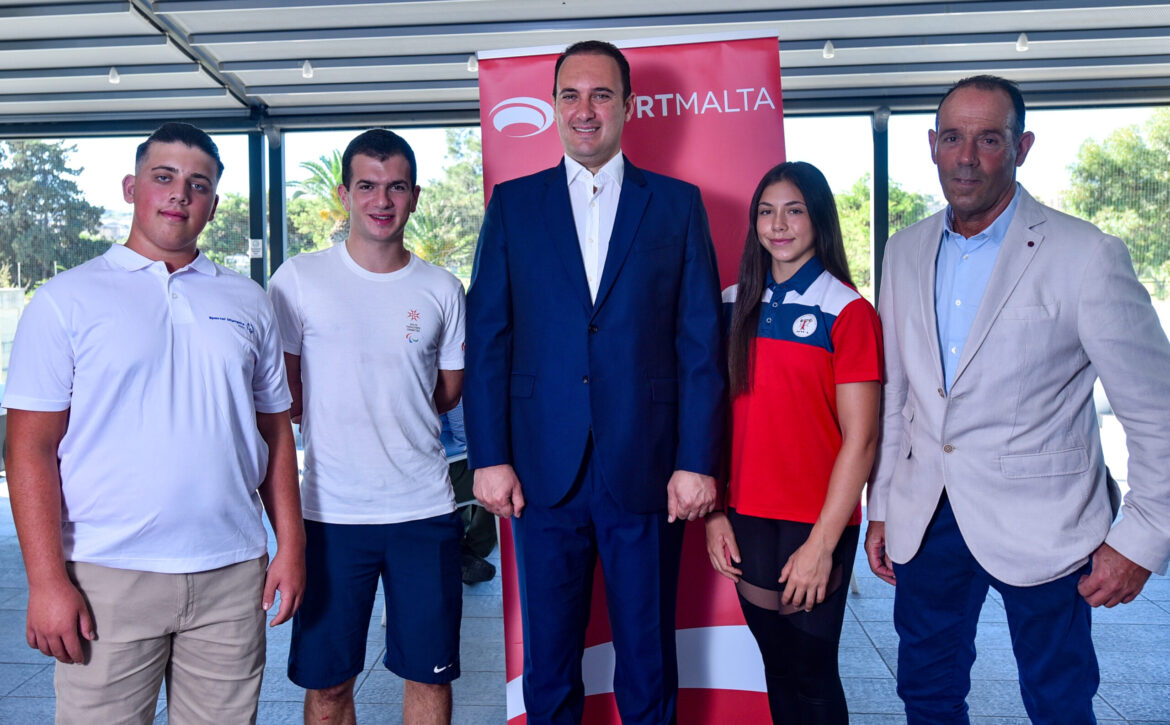 This morning at the Royal Malta Golf Club in Marsa, SportMalta launched the 2022 edition of the European Week of Sport. Rose Marie Mercieca the national coordinator for Malta gave a brief description of the path of this event from its inception.  She said that the European Week of Sport was launched in 2015 to respond to the growing crisis of inactivity. Sport and physical activity make a significant contribution to the well-being of European citizens.

Malta’s level of physical activity improved throughout these years but surely not enough. No matter who we are and what we do, even slight increases in regular, physical activity can have a profound impact on our long-term health, she said.  Sport Malta’s mission statement is to improve awareness on the importance of an active lifestyle has for everyone.

Chief Executive Officer of SportMalta Mark Cutajar gave details of the events which will take place this year.  The two flagship events will happen in the weekend of the 24th and the 25th of September.  The Cottonera Sport Complex will host the #BeActive Night on the 24th.  The event will focus on physical fitness and inclusivity.  Special Olympics Malta will organise several activities echoing the success of the International Games.  Fitness, Dance, Zumba, Piloxing and many other activities will create a vibrant atmosphere Cutajar said.  The traditional Main National Event this year will be held at the Marsa Grounds on Sunday 25th.  Many associations and clubs will organise events during the day in a sport village.  There will also be other activities organised by clubs, associations and other government entities.  Cutajar announced this year’s ambassadors namely Ronnie Spiteri a SportMalta plantroom employee who was a referee in this year’s under 16 World Cup water polo final, weightlifting champion Tenisha Thornton, Thomas Borg representing the Paralympic Movement and Sam Micallef representing Special Olympics together with Commonwealth Bronze Medalist the Judoka Katryna Esposito. Minister Clifton Grima said that he is so proud when athletes represent Malta and manage to get results.  He invited ambassadors to spread the message to engage the whole population to practice sport and physical activity.  Minister Grima said that schools can play a fundamental role by inculcating in students the importance to be physically active.  He said that the Government is doing its part by investing in new facilities.  These facilities will help to increase the number of athletes.  He also invited Local Councils to help and promote the message.

For more information you can contact SportMalta on 22036275 or by email on info@sportmalta.org.mt 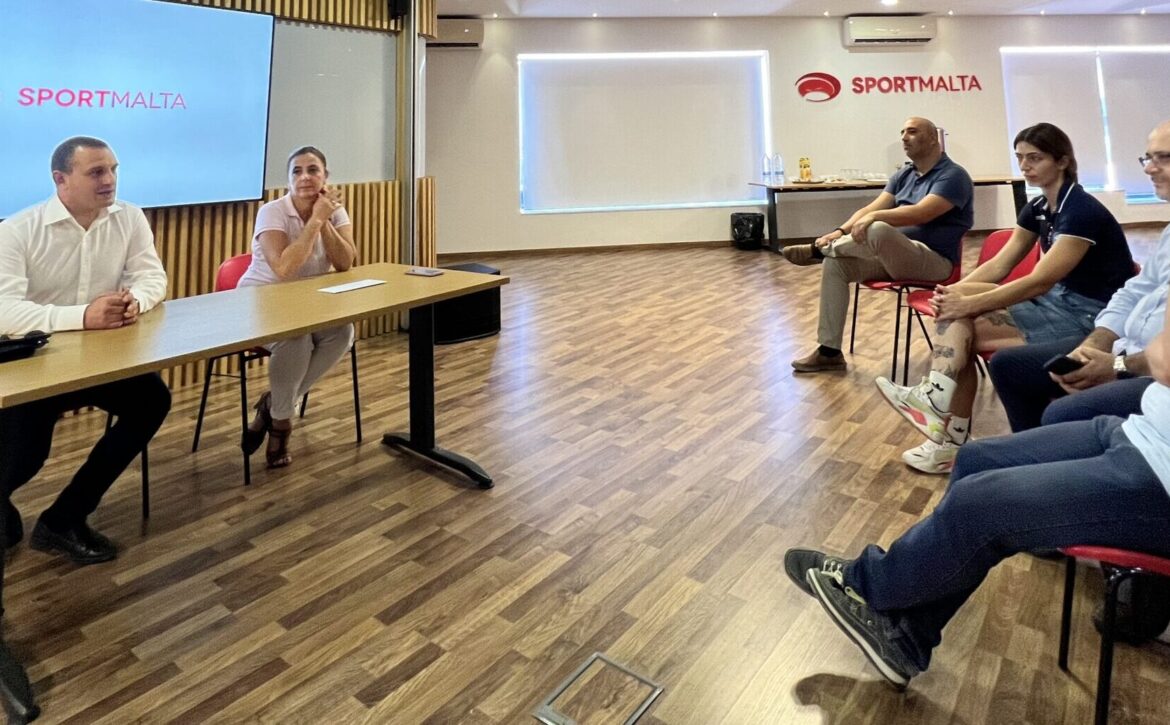 On the 29th of June Hospice Malta along with SportMalta worked on creating Festa Sport, a collaboration with various Sport Associations to create a fun afternoon filled with Sport while collecting donations for the Hospice Malta movement.

Mr. Andrew Zammit explained how from a simple idea it turned out to be an amazing event in which players and athletes pitched in and got together to give their input when Hospice Malta needed their help. Ms. Rose Marie Mercieca presented the sum gathered by the Associations which was the beautiful amount of €3263.39. She spoke about the importance of collaborating and how SportMalta will always be a shoulder and helping hand for anyone in need.

They both closed off the presentation by explaining that this will not be the only edition of this event but they are working to create a bigger event next year and getting more awareness and Associations to take part in this Sporting event, Festa Sport.