During this year’s edition of the European Week of Sport at the Snooker Academy in Ħamrun, a competition was organized in two different categories, the men’s on a ‘knock out with handicap’ basis and another for children who attend SportMalta’s coaching and training programm, On The Move.

The children’s competition started during the main activity that took place in the Cottonera Complex after the maintenance work that was recently done in this place with new surface or rather new cloth on the snooker table that is located in this the complex. From ten boys and one girl who took part, Xavier Rizzo and Andrei Cini got the best results and qualified for the final of this category which took place on the same day of the men’s competition final. In the men’s category 32 participants took part and before the final each phase was played on the basis of the best score from 5 frames. In the semifinals Philip Ciantar and Joseph Casha defeated Ivan Attard and Aaron Busuttil respectively. The two finals took place on Friday 30 September and the first final was the Under 16 where Xavier Rizzo won against Andrei Cini with a score of 2-0. After this final, Mrs. Rose Marie Mercieca, Head of the Events Department within SportMalta, presented the trophies to the finalists.

The men’s final was played on the best of seven frames and even though Philip Ciantar started with a disadvantage of 7 points in each frame due to the ‘handicap’ system he still managed to win and beat Joseph Casha with a final score of 4-1. The Chairman of SportMalta, Dr Andrew Decelis after this final made the presentations to Ciantar as the winner and Casha as runner up.

Present for this activity was also the CEO of SportMalta, Mr. Mark Cutajar. 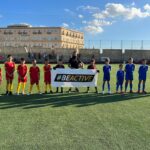 Kicking off #BeActive – European Week of SportSeptember 29, 2022
Transnational Project Meeting of the Open Data for Sport Governance project in SloveniaOctober 10, 2022 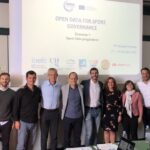 Dr Lydia Abela has launched a national project that encourages physical exercise for the well-being and health of who does it,...

SportMalta, the national entity for sport, reaches out to Hospice Malta. Such action emanates from SportMalta’s mission to...