A visibly emotional Alan Camilleri was the first to cross the SportMalta Charity Marathon
finish line today in Sliema. Camilleri, a favourite to be one of the front runners delivered a
well executed race, when he completed the distance in 2 hours 33 minutes 18 seconds.
Camilleri started the race well behind other favourite Andrew Grech who led the way until
Santa Venera when Camilleri overtook to make his way to his first marathon win. Gracious
in victory he waited for, what he referred to as his idol, Grech who finished in second place in
a time of 2:41:43. In third place was Clyde Sciberras, who finished in a time of 2:56:40. The females’ race was won by Margaret Cremona who, hailing from the triathlon scene, was
taking part in her first Marathon. She finished the distance in 3:32:45. She was followed by
Olwyn Dunne who finished nearly six minutes after her. Sarah Nicols took up the third place
on the females’ podium in a time of 3:44.05. The second Maltese female to finish was
Marquita Muscat followed by Camilla Higgins.

Maltese National Champion Dillon Cassar showed his dominant form as he finished the race
in 1:05:17. Cassar who currently has been focusing on 5k and 10k races in preparation for the
forthcoming Half Marathon distance in the Mediterranean Games in Oran, was a favourite
but today’s result was not expected. Cassar finished nearly five minutes ahead of Luke
Micallef. In third place was Simon Spiteri, who eventually edged Charlton Debono to third
place. Female favourites Roberta Schembri and Lisa Bezzina ran for most of the route with each
other in tow, however in the end it was Schembri who prevailed. Schembri crossed the finish
line in 1:17:35, followed by Lisa Bezzina. Bezzina, who recently ran her first Marathon in
Valencia finished in 1:19.0. Third placed was Irish athlete Catherine Thornton who clocked a
time of 1:22.42.

“Today’s race was about giving athletes the opportunity to run on home ground, after months
of preparation. Despite the short time frame we had to bring all this together the synergy
between all stakeholders made it possible for a successful race to take place” enthused Mark
Cutajar, CEO SportMalta. “It makes us proud to see many Maltese taking their place on the
podium, particularly since there was a strong international presence. On behalf of the
organising team I congratulate all those taking part”. The SportMalta Charity Marathon was organised in collaboration with Transport Malta and
held under the auspices of Athletics Malta. The organisers would like to thank local running
Clubs Birkirkara St Joseph Sports Club and Agones SFC for their invaluable logistical help.

Official Results of the SportMalta Charity Marathon can be found here –
https://my.raceresult.com/192761/results 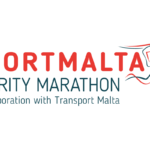 Agreement between all entities on the MarathonFebruary 20, 2022
SPORTMALTA AND HOSPICE MALTA TO ORGANIZE FESTA SPORT ON 29TH JUNEJune 8, 2022

On the 21st of September the Birzebbuga Sailing Club Freeport organised a Double Handed event which hosted 16 boats...

Għarb Local Council organised an activity for its residents as part of the European Week of Sport on 16th September. Tai Chi...