Five million euros will go through the NDSF to Sport Malta in a move that is aimed at enabling the Maltese Olympic Committee to invest in Maltese athletes in preparation for the Small Nations Games that will be held in our country in 2023. Financial aid will be given to ten sports.

The agreement to transfer these funds was signed today by the chairman of Sport Malta Luciano Busuttil and the Chief Executive of the NDSF Raymond Ellul, in the presence of the Parliamentary Secretary for Citizenship and Communities Alex Muscat and Parliamentary Secretary for Sport, Recreation and Voluntary Organizations Clifton Grima. Sport Malta will invest these funds in the Maltese Olympic Committee. The Parliamentary Secretary responsible for citizenship, Alex Muscat, said that once again, our country must show clearly how the wealth generated by the Maltese initiatives of residence and citizenship is being translated into wealth that is going to the community. While wishing the athletes well, he supported the commitment of the secretariat to continue to attract to Malta the foreign direct investment that is translating into so many benefits for Maltese talent.

Parliamentary Secretary Clifton Grima said that Sport Malta has already invested in new facilities including a basketball sports complex in Ta ‘Qali, a new squash center in Marsa, a new judo complex and a tennis center in Ta’ Qali. Pembroke, along with two swimming pools — one at Cottonera and the other at St. Paul’s Bay. The Parliamentary Secretary said that through this financial investment, which will serve as a boost and preparation for the Maltese athletes before the Small Nation Games in Malta in the year 2023, he will continue to confirm how much the Government is a shoulder for athletes and sports organizations and that the aspirations of so many athletes will be achievable.

Through these funds, the Maltese Olympic Committee will be able to assist sports associations financially, to employ, among others, professional coaches on a full-time basis together with the rest of the necessary technical staff, to finance the participation of Maltese athletes. in competitions and training sessions abroad, and invest in more appropriate technical tools.

The sports disciplines that will be assisted are: athletics, basketball, judo, rugby, sailing, shooting, squash, swimming, table tennis, and tennis. Sport Malta will hand over the funds over the next three years, according to the agreement with the Maltese Olympic Committee, in a context that our country will be hosting games for small countries in Malta, in May 2023. Sport Malta is offering the necessary support so that Maltese athletes are best prepared. 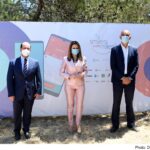 STATEMENT BY DR LYDIA ABELAJune 16, 2021
A new Family Park project has been launched in CospicuaJune 22, 2021 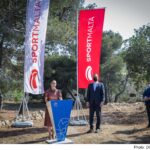 Agones SFC is part of the Youth Tri for Wellbeing and Healthy Lifestyle youth exchange organised by Tri Team Sofia. From the...

An event held by the Malta Climbing Club was organized on the 9th of October as a part of the European Week of Sport, the...