President George Vella launched The President’s Solidarity Fun Run taking place on the 20th of November with a walk or run from four localities to St George’s Square in front of the Valletta Palace.

Encouraging everyone to take part, President Vella said that he is very much looking forward to meeting with the people again for a solidarity walk together starting from Paola, Tal-Qroqq and Santa Venera. The run will start from Saqqajja, Rabat. The President said that this event is an opportunity for the people of Malta to show what unites us as people. The CEO of SportMalta and Chairperson of the Organizing Committee, Mark Cutajar, said that this much-awaited event will return to the traditional format where participants can start from four different locations and walk or run towards the Valletta Palace. The start from Paola square, from the University of Malta chapel, from Santa Venera and from Saqqajja, Rabat, will be at 9.30am. Present for the launch were Mrs Miriam Vella, the President of the Local Councils’ Association, Mario Fava, the Enemed Executive Chairperson, Kevin Chircop, the Opposition’s Spokesperson for Sport, Graham Bencini, and the Minister for Education, Sport, Youth, Research and Innovation, Clifton Grima.

Mr Chircop, on behalf of the main sponsor Enemed, said that it is part of their duty as a company to help those in need and all those who seek the help of The Malta Community Chest Fund. He encouraged companies to be proactive and help, rather than waiting for someone to knock on their door.

Minister Grima said that this sporting event supports all those going through a difficult time, while Mr Bencini said that The President’s Solidarity Fun Run is a true expression of solidarity. They said that sport is an element that unites us as one country. Applications for The President’s Solidarity Fun Run can be submitted to all Local Councils, the Kitchen Garden, Sant’Anton Palace, the MCCF office in Valletta, and the SportMalta complexes in Kirkop, Cottonera, the Tal-Qroqq National Pool Complex and the Ta’ Kandja Shooting Range. Applications can also be submitted during the ‘Festa Palazz’ event taking place at the Verdala Palace tomorrow (Saturday) and Sunday. Registration is €10. 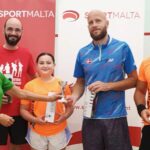 World Squash Day - #BeActiveOctober 30, 2022
SportMalta sharing ideas on how one can do physical activity in small spacesNovember 14, 2022 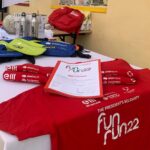 This morning at the Royal Malta Golf Club in Marsa, SportMalta launched the 2022 edition of the European Week of Sport....

On the 14th of September the Malta Netball Association organised an event consisting of non-players and elite players to...