This year’s edition of SportMalta Awards Għażliet Sportivi Nazzjonali will take place on Saturday 13 March 2021. This was announced today during a Press Conference in which the details related to the organization of this edition were given. This year’s edition, due to the present circumstances of COVID-19, will be a restricted one and different from the recent editions.

At the Press Conference it was explained that after the Executive of the Sports Journalists Association took into account the situation of Sport in our country especially from March to December last year, it was wise to ask SportMalta to in spite of everything the 61st edition of this event would take place anyway.

Eventually, after the request of the Sports Journalists Association was accepted by both SportMalta and the Parliamentary Secretariat, preparations began immediately to organize another edition that rewards the best results of the year 2020.

The Organizing Committee composed of officials from SportMalta and the Sports Journalists Association has agreed that this year’s edition will take place anyway. The decision was taken even with respect to those Associations and Federations that made every effort and despite the challenges brought about by the COVID-19 Pandemic, they strove to see that their athletes remain active and even where they could organize the respective National Championships.

It was explained at the Press Conference that the evening will be organized by complying with all COVID-19 mitigation measures as issued by the Health Authorities including that only 90 people will be invited to the event, including the finalists and a small representation of officials along with sponsors and journalists. 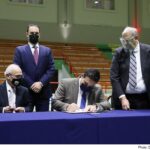 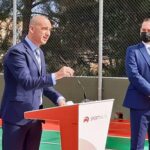 Another edition of the Newsletter ‘SportMalta’ is now online. Read here