Between the 13th and 18th of May, almost a thousand athletes from twenty-five different countries will
come to our country to take part in the Special Olympics Invitational Games. The President of Special
Olympics Malta, the wife of the Prime Minister Dr Lydia Abela said how the preparations for these
International Games are going well and now everything is in the final stage.

SportMalta CEO, Mark Cutajar, explained how this is an opportunity to grow as a society to prepare for
an event that will go down in the history of Malta. Minister Clifton Grima spoke about the importance of
the connection between this sporting event and education. Minister Julia Farrugia Portelli spoke about
the inclusivity and unity between associations and individuals for such an event to be a success. In a few words from the Special Olympics President of Europe, David Evangelista, explained how
impressed and pleased he was with the work being done by a number of volunteers who have joined
Special Olympics to ensure that these games be celebrations of inclusivity here in Malta.

During these Games there will be six different sports disciplines, which will take place in the facilities of
SportMalta in Marsa and Tal-Qroqq. These are athletics, bowling, table-tennis, swimming, bocce and
football. 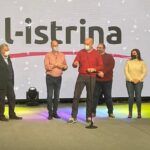 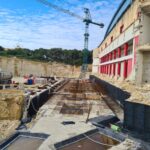 Mark Cutajar Chief Executive Officer of SportMalta said that the activities will be focused between 23rd September and 30th...

Għarb Local Council organised an activity for its residents as part of the European Week of Sport on 16th September. Tai Chi...