On the occasion of the European Week of Sport on Sunday 26 September 2021 at the National Shooting Complex of Candia, a competition was held for a straight shot shooting competition.

20 shooters participated in the qualifying session on 50 plates, of which six shooters qualify as finalists. 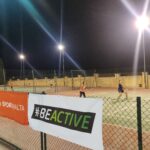 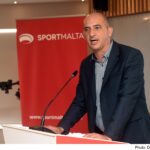 Cospicua was one of the centres for this year’s European Week of Sport activity as one of its traditional docks became a venue...

At the Cottonera Sports Complex work has is well underway, the project has now entered its third and final phase, following...