Following the success of the Summer On The Move program over the summer, for another year, SportMalta is launching the program for the winter season. During the winter season, the program will be offering more opportunities for children and adults to be physically active and practice their favourite sport. During this program, academies will be strengthened to give more opportunities to all children to reach higher levels in sport.

Robert Portelli, Head of Programmes within SportMalta, pointed out that the aim of SportMalta is for every child to be able to practice sport regardless of the resources of their parents or carers, so that we can ensure a more active and healthy generation.

In addition to the winter program On The Move, SportMalta is also launching a sports and educational campaign for the public. Rose Marie Mercieca, coordinator of the European Week of Sport said that against the background where there is a growing percentage of people across the European Union who do not engage in physical activity or play sports, SportMalta – as part of its mission to lead Malta through the promotion and development of sport for Malta strong, inclusive and successful, and in its position of the National Coordinating Body of the European Week of Sport – launched a special campaign to achieve its goals.

The campaign consists of a number of videos with different themes, which show examples and possibilities of how to be active through sport and education. The aim of this initiative is to create a balance, where the subject is treated from different perspectives, notably that of a coach, teacher, parent, athletes from different backgrounds, and the sports volunteer who has a very specific nature.

Parliamentary Secretary for Sport, Recreation and Voluntary Organizations Clifton Grima expressed his satisfaction with the success of the Summer On The Move program and announced that 1,000 applications had already been submitted for the winter program. “This competition and this sporting activism fills us with courage and determination to continue to plan such programs for children and adults of all ages,” the parliamentary secretary continued. The Chief Executive of SportMalta stressed how this year’s edition of the European Week of Sport was a great success. The activities had a good response from the general public, athletes, clubs and associations. Therefore, as a dynamic entity, SportMalta has launched a media campaign on education and sport and on the need for more volunteers in the field of sports, now that major events have arrived in our country such as the Special Olympics 2022 and the Games of the Small Countries of Europe in 2023.

He also said that these programs, in addition to their main goal being sports activism from a young age, send the message that sport is for everyone regardless of a person’s ages and resources. “The government, together with SportMalta, is looking forward to preparing more programs and a campaigns to have a more active and physically and mentally healthy people” 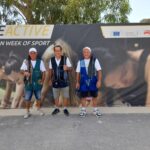 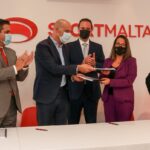 MESA, in collaboration with SportMalta and the Malta Billiards and Snooker Association on 1st March organised an individual...