The 12th edition of the President’s Solidarity Fun Run, taking place on Sunday 21st of November, was launched.

Present for the launch were Mrs Miriam Vella, as well as Mr Mark Cutajar, Chairman of the Organising Committee of the Fun Run and Chief Executive of Sport Malta; the President of the Local Councils Association, Mario Fava; Enemed Executive Chairman, Kevin Chircop; the Opposition’s Spokesperson on Sport, Clyde Puli; as well as the Parliamentary Secretary for Sport, Clifton Grima. For his part, Mr Cutajar said that with the return of the Fun Run, this year the format will be slightly different as it will take the form of a walk in every locality in Malta and Gozo. He explained that the Fun Run will take place in accordance with the protocols of the Health Authorities and that anyone applying for and attending the Fun Run must present the vaccine certificate. Mr Chircop, on behalf of the main sponsor Enemed, described The Malta Community Chest Fund Foundation as a refuge for those going through difficult circumstances.

In a few words, Mr Mario Fava appealed to all residents as well as to every local council in Malta and Gozo to accept the invitation and unite for this noble cause.

Mr Puli described this event as an expression of the value of solidarity embraced by the people, while Parliamentary Secretary Grima described the Fun Run as a sign of hope that where there is unity, there is strength.

In a speech at the launch of this year’s edition, President George Vella explained how such an occasion unites all the people and said that he is confident that once again, The Malta Community Chest Fund Foundation will find the support of the people. He thanked everyone involved in the event, and thanked all the sponsors.

Anyone wishing to take part in the Fun Run 2021, can register with a donation of €10, either by visiting the Local Council of their locality or by applying through the website mccf.store. 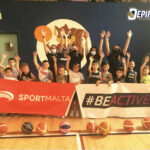 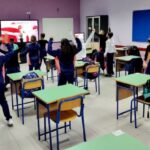 The Handball players of the U20 National Team had special training on the 2nd of October to commemorate the European Week of...