The winners of the SportMalta Awards Għażliet Sportivi Nazzjonali were announced on Saturday evening during a live transmission aired on TSN1 as well as several facebook pages.

The 61st edition was a unique one due to the current Covid-19 pandemic situation in that it was not one in which finalists and guests could interact socially. Instead a virtual ceremony was held within the guidelines of the legal notice issued recently by the Malta Health Authorities. Once again this annual awards ceremony was a joint collaboration between the Malta Sports Journalists Association and SportMalta with the backing of the Government Sport Secretariat.

During the live show hosted by Lorraine Cunningham and Chris Cauchi a total of 11 honours were announced seven of which were a result of the jury vote. The other awards were one due to a popular vote by the public, one the choice of the Executive Committee of the Malta Sports Journalists Association and the other two were given out upon a nomination by Special Olympics. The honours were won as follows: 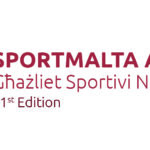 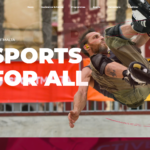 SportMalta helped in the organisation of an event organised by Debbie Tully at the National Pool Tal-Qroqq on the 5th of...